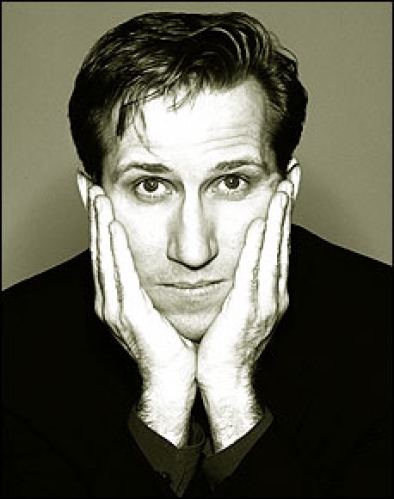 The artist and composer Mark Kostabi was born in Los Angeles in 1960, from immigrates coming from Estonia. Grown in Whittier, California, he attended his studies of design and painting in California State University of Fullerton. In 1982 he moved to New York and in 1984 he was already an emerging figure of the artistic movement of East Village. Being a provocative character, he writes interviews to himself, in which he faces the merchandising of contemporary art. In 1988 he founded Kostabi Word: atélier, art gallery and office together in a same building that openly employs assistants painters and young creative people. Kostabi is one of the most controversial painters, a proof is that he doesn't paint all the artworks that he signs. Generally the pictures are planned by him or one of his creatives, made by his assistants, titled by two poets, approved by a commission and finally they are signed.