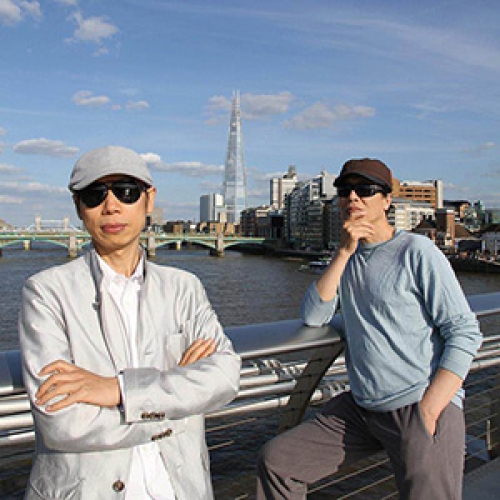 Gao Zen and Gao Qiuang brothers were born in Jinan, in the province of Shandong in the south of Beijing, respectfully in 1956 and 1962. From 1985 they are working together as "Gao Brothers". Up to the year 2000 they exhibit in China in solo and collective exhibitions and from 2001 they begin showing abroad: Paris, Nice, Los Angeles, Rome. Their photographic works are often based on performances that are inspired to the utopia: Gao Brothers invite about a hundred of unknown volunteers to take part in their performances.