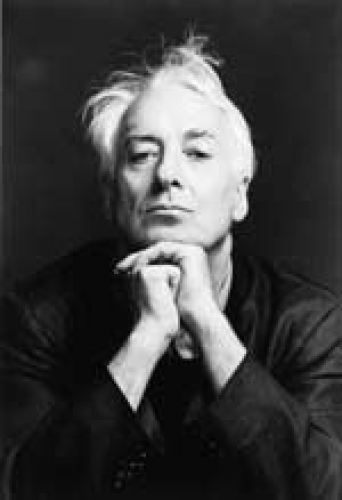 Enrico Colombotto Rosso was born in Turin in 1925; he is a self-taught person and since he was young he dedicates his life to painting. Through a "hard to understand" art, strongly influenced by the sad and leaden landscapes that Turin offered at the first decades of the XIX century, he recalls to secessionist influences and also to neo-Liberty hiding into sumptuous decorativism that lies behind weak and macabre figures. The subjects of his artworks are pervaded by anxiety and tension and on a research that leads towards death themes that, as in the reproduction of skeletons, weak figures, gas rooms and concentration's camp, recalls the greatest tragedy of our history with a glimpse of humanity with the figures of the newborns and dolls. Lots of his characters belong to a dark and deformed humanity, and they surely come from a desperate reality as the real one met so many times at the Cottolengo of Turin. We can find oneiric and grotesque elements also into costumes and scenes realized for theatrical piece, such as "Dance of Death" by A. Strindberg, "Jeoux de massacre" di E. Jonesco and "Salomè" by Oscar Wilde, which themes refers once again to death. His artistic debut is marked by his first personal exhibitions in 1953 realized in Paris, Rome and Providence (USA) and with his presence into the most important art galleries of Turin such as the Galatea Gallery and Davico Art Gallery; in the same year he partecipates to all the exhibitions of the Associazione Piemonte Artistico e Culturale and in 1959 e joined the Quadriennale in Rome. His art was also exported in some exhibitions in Sidney for the "Italian Parade", in Paris at the Seine Gallery and in Amburg for the "Kongress Fur die Freiheit der Kultur". But also in Madrid, at the Sala de Exposiciones de la Direcciòn General de Bellas Artes, in London for the Seven Arts Gallery, in Tokyo for the "3rd International Young Artists Exhibition" and in Zurich, at the Alessandro Roesle Gallery.